Beppe Grillo a fascist? What is this a joke? 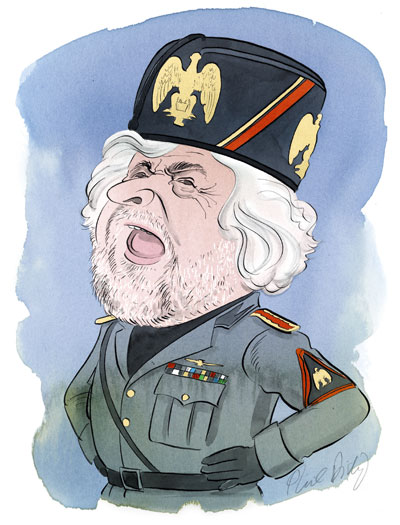 Many international media found a new sport: The compairason between Beppe Grillo and Mussolini. I didn't think it was worth any comment but after I read the Spectator's article Grillo, Italy's new Mussolini, I decided I couldn't be silent anymore.
In his anxiety to find similarities between Grillo and Mussolini, the autor of the article says "Mussolini was the rising star in Italy’s Marxist party until his expulsion in 1914 because he — like the French and German Marxists but unlike the Italian ones — was in favour of Italian intervention in the first world war. He looked destined for the scrapheap. Grillo, a former communist, was banned from national television in the late 1980s as a result of his defamatory performances. Things did not look rosy for him either" making a gross confusion between two completely different historical periods and two radically different personalities.
To read the full article you can go to this link.
http://www.spectator.co.uk/features/8854261/italys-new-duce/?fb_action_ids=10200759054767223&fb_action_types=og.likes&fb_source=aggregation&fb_aggregation_id=288381481237582

Well, as an  Italian  I totally disagree with this analysis. I have a very strong anti fascist personal history. I say it upfront so that nobody can be mistaken about my political affiliation.
Beppe Grillo and the 5 star movement  have absolutely none of the carachteristic of a fascist movement and only an ill or a bad faithed analysis can lead the autor  to such conclusion. You are mistaking verbal irruence with physical violence! As a young communists, I have been cought in fascist ambouches in 1977 in the city of Bari. That was scary!  I have never felt treathened by a 5 star movement rally instead.

The fascist movement was born just after the first World War as a reaction to what was considered a political slack out on a military victory (Mito della Vittoria Mutilata).

Since day one the fascist movement has been carachterized by :
1) physical violence,
2) militarism,
3) imperialism
4) monopolistic economics.
Can the autor of this article tell me in which of those features, does the 5 stars movement remind him of the fascism?
Beppe Grillo is against violence, all their rallies are a celebration of joy, they call for the ending of the Italian military operations abroad and the cancellations of pointless and expensive warfare, they call for citizenship involvement in all political and economic decisions and have opened the eyes of the enquiring authorities on some of the most troubling economic scandals of the country.
So, Spectator, please give me a damn break and stop comparing the 5 Star non violent movement to the fascism which is the very definition of all violent movements of the world.
Not only it's unfair, but it also is dangerous.
By crying wolf for nothing we may finally loose our critical capacity and the ability to detect the real fascist danger when we eventually see it!
Pubblicato da angelo consoli a 13:01 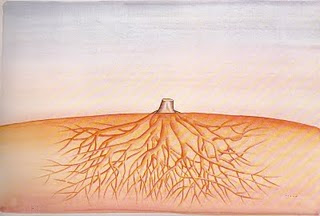